News flash: You heard it here first – Fox is coming out with a new contrabassoon model and Chip Owen, the head of contras at their South Whitley, Indiana headquarters has said its OK for me to share it with you! The reason I’m the one to do it, is that I have just received the first Fox Model 920 contra in the world.
Backstory: When I decided to purchase a Fox contra, I went to the factory and met Chip to talk about the options available. One of the things I noticed in the factory was the gorgeous “Bordeaux” color of the Model 685  bassoon. I asked Chip if he could make my new instrument with that same deep red finish, and thankfully he said “sure”! I chose standard (non-Fast system) keywork, but with the “divorced low-e” option and a few other bells and whistles.
New model: What I didn’t know was that in order to make my desired Bordeaux color, Chip was going to have to use a different wood then he has used to make contras over the last 40 plus years.  In Chips words:
“We’ve long been using a special treatment on the woods used for our pro bassoons, but not on the contras. Also, the actual choice of the type of maple was different. Instead of the normal black maple, your contra was made from specially processed mountain maple. Instead of just being nice, it is really, really, really nice!!!”
So… the new contra (and all model 920s from here on) are made with a special processed wood which gives it a more resonant tone, and better, more open response in the high register. I’m told the new 920 model will also feature the divorced low-e as standard equipment. So here it is! The first publicly posted pictures of the new Model 920 Fox contrabasson: 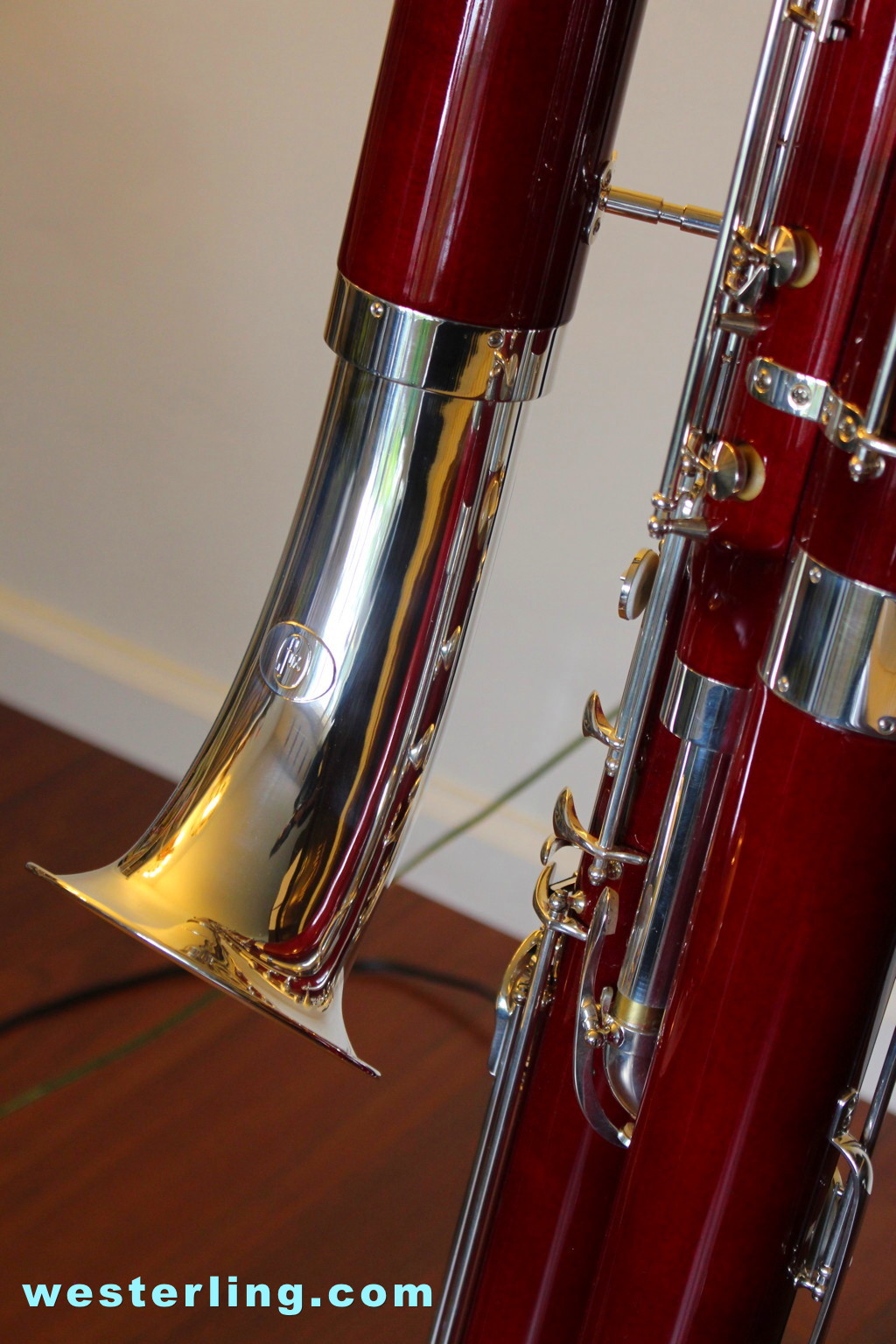 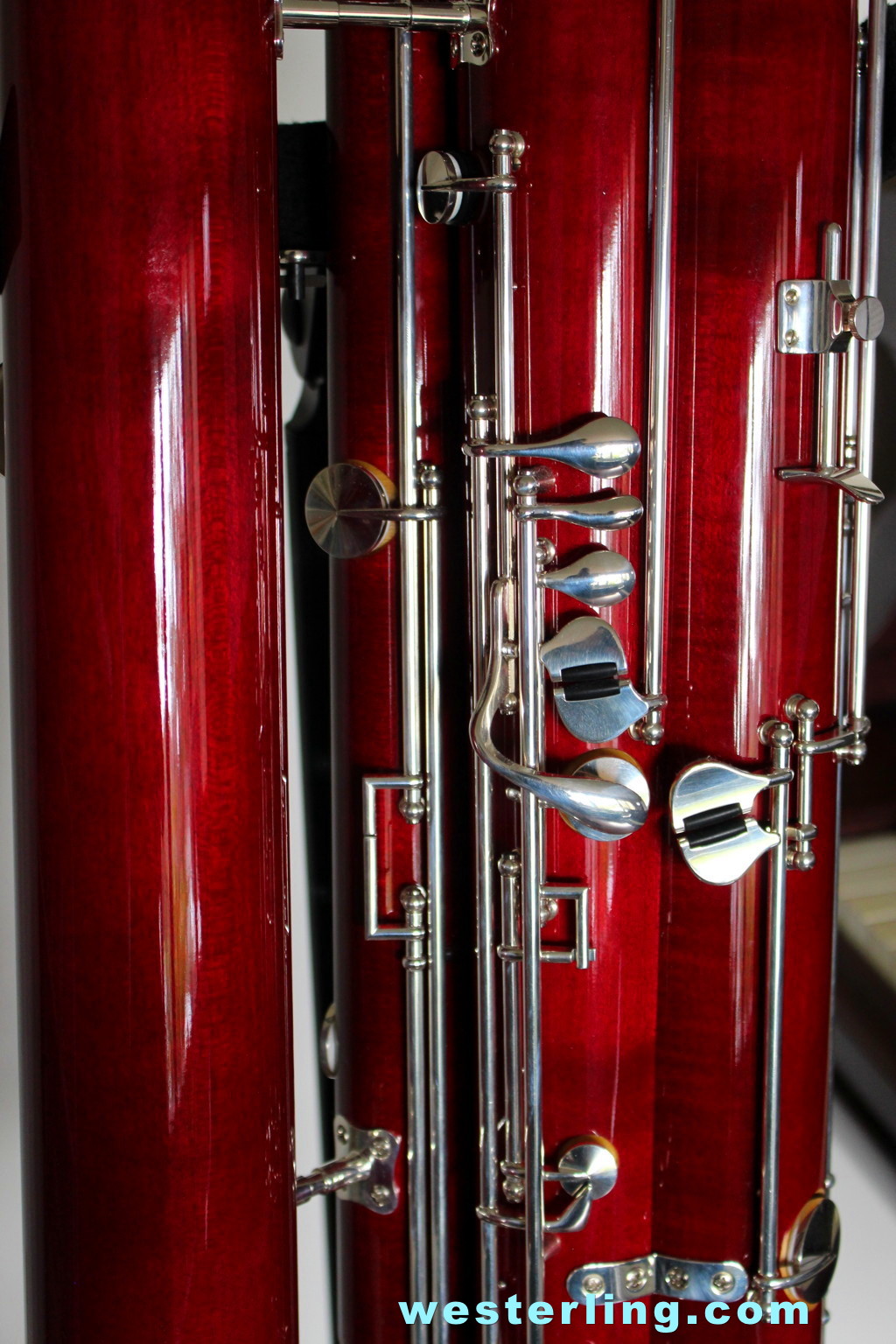