I did an interview back in 1986 with the local paper (then called the Harvard Post) about my favorite radio show, Kids America. It’s a nice piece, and the author, Barbara White, did a great job. As a result of this, she later got the opportunity to write a similar feature for the Boston Globe, though it was less about me and more about the show.

Jonathan Westerling has quite a collection of tapes of his radio spots. He’s taken to the nation’s airwaves to announce songs, put words to music, challenge an expert speller, and be a guest at his friend Marcy’s party. His studio is in his room; his phone his link to coast-to-coast radio. Jonathan, twelve, a sixth-grade-bound Bromfield student, is a Kids America kid.

Most weekday evenings, Jonathan and his family tune into Kids America, a commercial-free program that airs on public radio station WBUR (90.9 FM) from 7 to 8. In April the Westerlings went to New York to attend a live broadcast Kids America show. Recently I talked to Jonathan, his sister, Sarah, who is in first grade, and his mother, Judy, about Kids America and the trip.

“Why do you like Kids America,” I asked Jonathan. “Because it’s for kids, and Kathy is my kind of gal,” he laughed. Kathy is Kathy O’’Connell; she and Larry Orfaly are the hosts of Kids America. They really click as a radio duo, complementing each other. Kathy exudes energy and warmth, while Larry is more low-key. Judy Westerling said Kathy greeted them with a big hello when they arrived at the studio a half-hour before showtime. “You should see what they do off the air. They have a fun time,” Jonathan said, telling me about how they sing along to the songs and walk around the studio, getting back just in time sometimes to the mike. Jonathan was impressed with how much work David the engineer and the whole Kids America team puts in for the show.

Kids America has regular features each day, many of which Jonathan has been on. He helped Z-Know find himself at Yellowstone Park. Every Monday, Z-Know the Alien gets lost somewhere on planet earth, and kids call in to tell Z-Know where he is. Last week Z-Know touched down in a’”nostril of a president at Mount Rushmore.  The Duke of Words conducts spelling I bees every Tuesday and Thursday, and the kids try to “Stump the Duke.” Jonathan thought he could stump him with “pterodactyl” butt the Duke spelled it with ease. Larry Orfaly plays music-‐classical,jazz, instrumentals-‐and kids call in with their “radiovision,” describing a scene or image the music calls to mind.

Jonathan played for me a tape of a show he was on last year  to  describe his radiovision: he described three Chinese musicians wearing Chinese robes and making music in a Chinese garden with miniature trees. Each Friday statistician Bob conducts the Kids America opinion poll. Have you ever lied to your parents? Yes, said an overwhelming majority. Should there be weapons in space? Yes. Is Pee-Wee Hernmnan’’s Playhouse for kids or adults? Kids. A few representative respondents go on the air with Bob, and Jonathan admitted on national radio to being jealous of a fellow student who gets better grades than he does. ‘ Other Kids America features are the Buy or Fly game, with slick Al Unctuous; Paging Dr. Book, in which Dr. Rita Book prescribes-‐and sends out-‐books for kids to read;; and the Mystery History Guest who calls from the past. On Friday, Marcy invitees kids to a party and gives away loot bags. Jonathan has 36 eight-millimeter splice tapes from Marcy for being on her party last year.

I like Kids America because the kids control so much of the program; it’’s their show. All the features include time for kids to call in. Kids choose and announce the top three songs each day, which have ranged from Annette Funicello’s “Pineapple Princess”to Club Nouveau’s current pop hit, “Lean on Me,” to Beethoven’’s Fifth. Songs by Madonna and Cyndi Lauper, Rosenshantz and Raffi, Tom Lehrer and Allan Sherman have been Kids America hits.

Kids America land was “Vanna Pick Me a Letter,” a spoof about Vanna White and the Wheel of Fortune game. My son, aged eight, in his only radio performance to date, announced “Dentist” by Steve Martin, a song about a sadistic dentist whose mama recognized early his talent for causing pain.
Sarah Westerling has yet to appear on Kids America, although she’s tried out for announcing the top three songs, Jonathan told me, butt Sarah needs to develop a voice with a little more carrying power. Sarah has chatted with the Kids America request department when Jonathan gets through on the phone.
Because of the show’s popularity, however, it’s tough to get anything but a busy signal when you dial the toll-free number, 1-800-235-KIDS from 6 to 8 in‘ the evening. The Kids America staff estimates that 6,000 calls are placed nightly, but only about 300 calls can be answered by the four request department workers and only twenty kids actually get on the air. Judy Westerling said her children want a” phone with automatic redial. She suggests writing to Kathy and Larry at 1 Center Street, New York, NY 10007. All letters are answered.

Kids America, which started as a two-hour local show called Small Things Considered, is carried by 26 public radio affiliate stations across the nation. It is ‘broadcast live from 6:30 to 8 p.m., but because WBUR only carries an hour-‐long program, Boston area listeners hear the first fifteen minutes taped, and the last 45 minutes live, losing out on a middle half hour. The Westerlings want others to lobby WBUR to carry the whole program live.

The show is aimed at the six-to-twelve age group, but has listeners of all ages. Kids America is good radio, for everyone. My four-year-old loves the show, and 1I know adults without children at home who listen. The Westerlings listen together and tape Jonathan’’s performances. I’ve read many an almanac page with my son, looking for answers to the daily challenge question, and we put our heads together to figure out where Z-Know is.
Jonathan wants to go back and visit Kids America again. “We’re thinking of going in for a whole week this summer,” he told me. “We are?” said a surprised Judy Westerling. Meanwhile, Jonathan will have to content himself with listening and starring on radio from his room. Who says radio days are over? 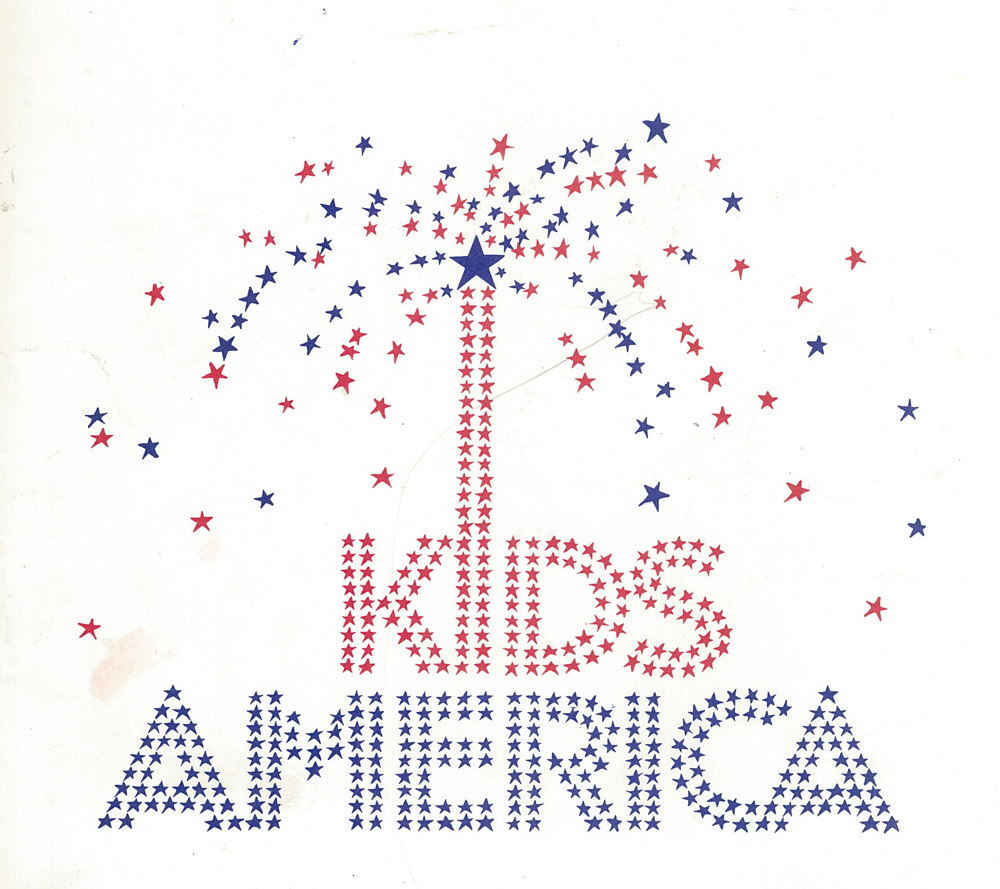