In January 2015 I was pleasantly surprised to get an email inviting me to be a guest panelist on a local trivia  show that originates at one of San Francisco’s NPR stations. Since then, I’ve been invited back several times. It’s an honor to be on the air with these guys who have a really deep knowledge of things from San Francisco and beyond. Through the links links below, you can hear my appearances on the show. Thanks to the host Dana Rodriguez for asking me to participate! 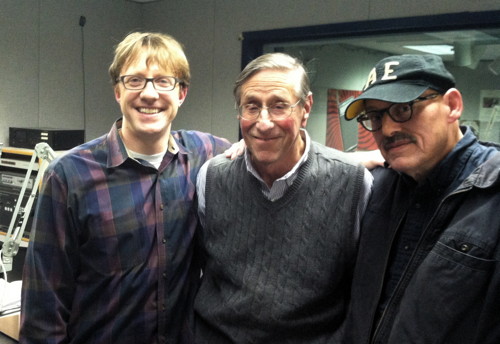 And here’s a picture of Dana behind the famous bell! (On the show, you get a bell ring when you answer a question correctly!) 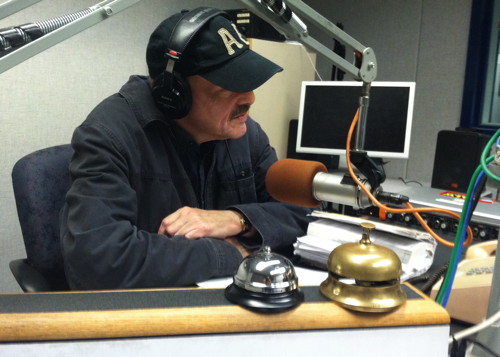 Wanna listen? Here’s a link to hear the shows I was on: